Walking Through the Gate to Freedom 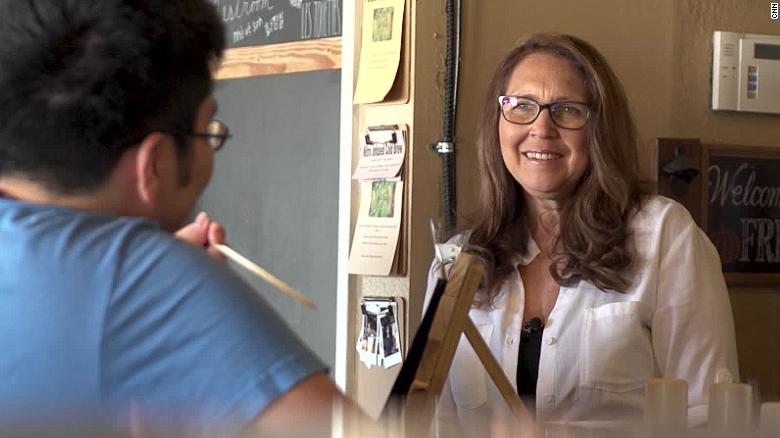 My heart. My feelings.

It’s been a crazy month. We have been so busy and traveled so much I haven’t been able to think straight let alone share about my CNN interview. To be honest, I am still in shock that CNN ran a story on me. It doesn’t even seem real.

July was full of a lot of raw emotions. It is a hard month for my family. And, added to that, we traveled most of the month. Then the CNN interview and seeing the Sunflower House set up and come to completion left me extremely anxious and overwhelmed. At the same time, I was so excited about the Sunflower House going from a dream to a reality. 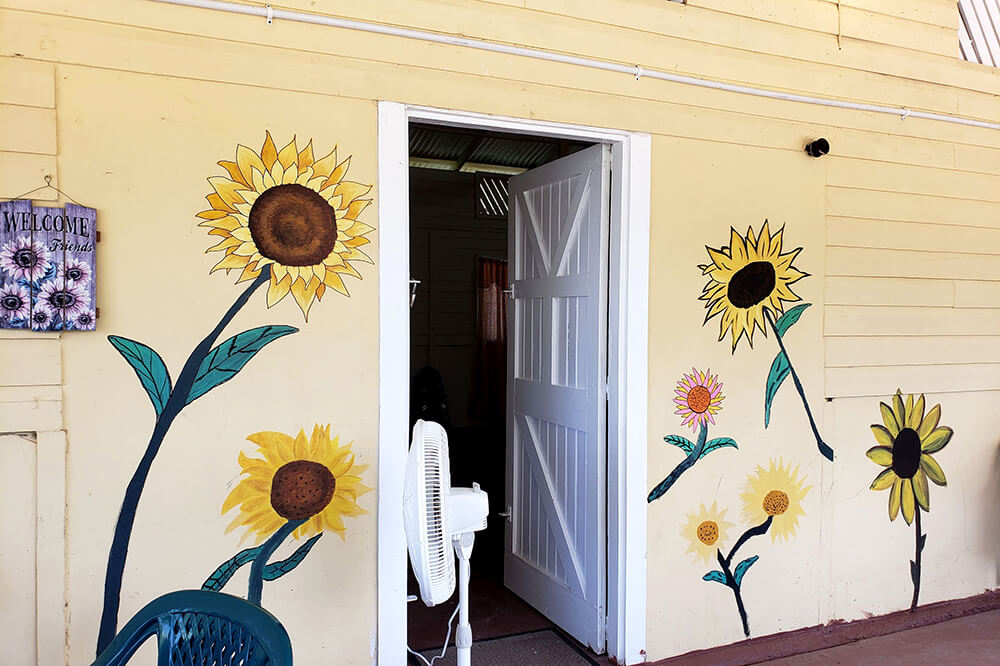 It’s just so hard to lay your life out for the whole world to see, literally! Especially after so many years of not talking about it except to my family.

After therapy, I was told that using my voice would give me freedom. And, that having a voice and using it would empower me and others. But, I never expected that would include being on a national news network.

It has been TRUE that sharing my story using my voice has empowered me, and I hope it has helped others. But it has not been an easy road.

You see most of my life I’ve lived in fear of people finding out my story. In fact, until much later in life, I didn’t even understand what happened to me was trafficking. Trafficking wasn’t a word.

I knew that I was sexually abused as a child — to the extreme — and that my mom got money for it. But I still didn’t understand. All I knew is that the trauma and abuse of what happened affected every aspect of my life. And that I had huge gaps in my memory that were blocked out.

It wasn’t until therapy that memories came flooding back to me — helping me learn what actually happened. And today there is a word for it — child sex trafficking.

And when it is by a family member, it’s even worse. Being hurt by the ones who are supposed to protect you and love you is the worst kind of trauma. It destroys your childhood, and it destroys your adulthood. It destroys and changes everything about you.

And now I have to live with the memories, nightmares, and PTSD.

It is estimated that a family member does 43% of all trafficking. That is almost half of all child trafficking victims! So, it is not rare, like someone once told me. In fact, it happens way too much.

For so long, I lived in fear of people judging me and turning their backs on me. Talking about me, hating me, and losing people in my life that I thought were friends or even losing family.

I have always lived in fear and with insecurities — fear of rejection. Never trusting. Always ready for that abandonment.

So, of course, all of these things did happen. I think I set myself up without knowing that’s what I was doing. And I had a lot of failed relationships that broke my heart even more.

Precisely what I was so afraid of happened. So the wall around my heart got bigger, higher, and wider.

For those who don’t like me or have talked about me — it breaks my heart.

Please tell me who really wants to be known as a trafficking victim? I mean really think about it? It’s not something that makes you feel proud. It’s not a great accomplishment. And, it’s not something you want to sit around a table and share with others.

I know I’d rather be known for anything other than that. An amazing teacher, a loving nurse, a fun flight attendant — anything but what I am. Those are things to feel good about. But that wasn’t my journey.

I wish I had a normal childhood. But I didn’t.

For most trafficking victims, it’s the same. They fight all the same emotions and feelings I have and do. What’s interesting is for so many years I thought I was the only one. I thought that I was all alone.

Most survivors have weird, unrealistic feelings of love toward their abuser. Always hoping it will be different and that they will actually protect you and love you.

Until I started talking to other survivors, our stories might have been different. But the things we think, say, and do are all very similar. For the most part, anyway.

It’s crazy. And, it’s also strangely comforting. It helps to not feel like you are alone. I wish this weren’t any of our stories. But, its what we do with it now that matters.

God’s Plans For Me

I know God has brought me to this very place. It has been a very long journey.

She was trafficked as a child. Now this survivor fights back through coffee

At Palate Coffee Brewery in central Florida, all the baristas are volunteers and all profits — even tips — go to fight human trafficking and help survivors.

But God wanted me to do it! God has opened every door that has allowed me to tell my story, including CNN. And I have walked through each door very reluctantly. But I still walked.

Why reluctantly? Because, for one, I was scared to death. For all the reasons I just shared above and more. I don’t like people looking at me. And I don’t like speaking, because I’m scared.

And two, I absolutely don’t like or take pleasure in sharing my story. I would rather put it back in my little box, and dig a deep hole, and bury it. And go back to living a life where no one knew my story. A life where I thought I was safe.

It’s Not Just My Story

So why would I do these things I neither like to do or want to do? Why would I walk through those doors and expose myself to the world? Why would I open myself up to the possibility of rejection and hate?

I do it for ALL of the CHILDREN, women, and men being subjected to the horror of trafficking right now as you read this.

I do it for ALL of the CHILDREN, women, and men that my life might encourage.

I do it for those that have lost hope.

I pray my story will bring hope, empowerment, and strength for them to live the life they never thought was possible, just like me.

You see, it isn’t about me at all.

Today, it’s no longer my story. And, as hard as it is every single time I share it, it’s worth it. For them. For every one of them!

It’s now all God’s, and what He and I have done together hand-in-hand.

Today, no matter how anyone feels or anyone thinks, I will share my story if it helps just one person!

Being a Voice for the Voiceless

Today I pray I will encourage, inspire, empower, and bring hope to those still hiding, or those who still haven’t found freedom. That they will know if I can do it, they can too.

Until all are free, and as long as I can, I will stand up for them and be their voice. I’ve been silent way too long. I will no longer be silent, even if it means losing people in my life.

Today I’m not hiding — I’m walking boldly, head high embracing my past and all God wants to do through me. I am determined no longer be silent.

And to the haters, they will keep hating. But I will not hate. I will continue to love.

To all of you that have stood by my side, encouraged me, and told me I could do it when I didn’t think I could or pushed me when I wanted to give up, you will never know the impact you have made in my life. And I hope YOU know who you are. Tops on that list, of course, are my husband, daughters, son, son-in-laws, and family. Thank you for loving me. I love you.

Thank you CNN and Julia Chan for giving me a voice. Believing in me and telling me my story was impactful and needed to be told. You have brought healing, courage, and bravery to my soul.

“As I walked out the door toward that gate that would lead to my freedom, I knew if I didn’t leave my bitterness and hatred behind, I’d still be in prison.” — Nelson Mandela

It has taken a long time, but today I’m walking through the gate to freedom.